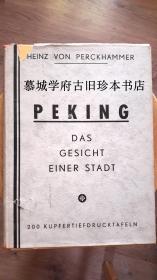 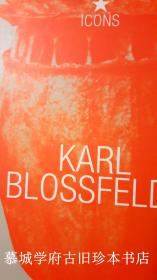 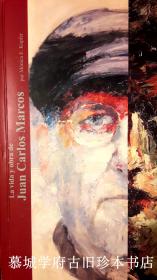 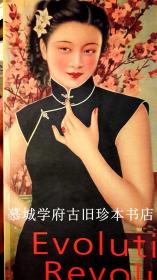 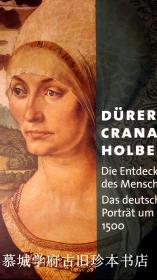 A substial archive relating to Private and Government loans to China around the turn of the century. The present files relate largely to the work of Julius Brüssel who was the Director of HSBC in Hamburg and a key figure in the negotiations between his bank, the Germany Dosonto Gesellschaft (a forerunner organiszation of Deutsche Bank), and the Deutsch-Asiatische Bank. They They initially formed a consortium in order to raise a 16 million Pound loan for the Chinese Government in order to pay an indemnity demanded by the Japanese Government after the first Sino-Japanese War of 1895. This was the first time that a German and British bank co-operated successfully for a loan agreement in China. On the Chinese side the negotiations were conducted with the Tsungli yamen as well as local officials. After 1897 both banks continued negotiations over loan agreements for the construction of the Tientsin-Yangtse railway, one of the most significant railway projects in China at that time. However these negotiations took place against  a background of German and British tussling over economic and political 'spheres of influence'. China on the other hand tried to play both nations against each other while at the same time preventing further erosion of power and fragmentation of their country. They were in the uneviable position of having to struggle against foreign powers (on whose loans they depended) as well as their own Qing government whose unwillingness to confront the new political realities has exposed their internal contradictions and weakness. Important correspondents include: Sir Ewen Cameron (1841-19111, worked for HSBC from 1867-1905), his successor A. M. Townsend (active from 1866-1911), Sir Charles Stewart Addis (1861-1945, working for HSBC in Asia since 1883) as well as Adolph von Hansemann (1826-1903, Director of the Disconto-Gesellschaft from 1864-1903), Sir Robert Hart (1835-1911) of the Imperial Chinese Customs Service and E. G. Hillier (1857-1924) of HSBC Peking. Hillier's contribution to negotiations is remarkabel: Fluent in Chinese he had joined HSBC in 1883 and moved to Peking in 1885 where he set up the first foreign bank in the capital. His language ability made him popular with Chinese officials and he war clearly a perceptive and sympathetic negotiator. His letters are frank and betray an impressive grasp of the characters and their political allegiances. Much of the archive relates to raising funds and underwriting loans to the Chinese Government, their timing, interest rates, associated costs and the letters throw much light on the drama of these deals. There is talk of distrust between both the European nations as well as between the individulas involved in these negotiations, a heady mix of commercial and national interests, political intrigue, stereopypes, and ambition. For exemple, in early August 1897 the slide of the silver price meant that China's ability to fund itself had descreased by around 21%. The German Disconto-Gesellschaft was this as a serious obstacle to continuing the negotiations with the Chinese. On the August 19th it is reported that Sheng （盛宣怀）, the director of Chinese railways, had signed a preliminary contract over the loan of 16,000.000 Pound with the Hooley-Jameson syndicate but there are doubts that Hooley could in fact raise the money. Both the HSBC and the DG correspodents dismiss this deal as tactical nisinformation by the Chinese government. By Oct 12th there are clear indications that the Hooley-syndicate is unable to raise the money from either French, Russian or any other banks. On the same day Nobel writes: "It is kind of Li Hung Chang （李鸿章）to say he is willing to negotiate with us on the basis of the Hooley agreement - I dare say he is!" and on the following day this is confirmed: "I said that H.E. was aware we could not float a Loan on the security of the Salt & Likin taxes unless they were placed unter foreign control. He repliend that Li had said that this was impracticable, what else would do?" On Oct 15th the director of the Disconto-Gesellschaft writes (in translation): "There is no need for us to act in a hurry... the Chinese Govenment will have to take steps to restructure their financial system ... foremost is the revision of foreign maritime customs duties and the will have to regulate their intermal taxis (likin) in a way that will make it easier for European business to gain access to their markets..." On Nov 25th Hillier writes from Peking: "I therefore think should do everything possible to meet Li on his own ground on which he is likely now to make every effort to satisfy our requirments, much more so than any new negotiator, like Chang Yin-huan, into whose hands the business would be transferred: the advantage of Chang as a negotiator would be that he is considerably under the influnece of Sir claude Macdonald, but he is also under that of Sir Robert Hart, who although he would not probably be able to get for us better security that tnow under consideration, would be likely, fo his own purpose, to try to squeeze us in the price as he hase done once before---" etc. etc. The Anglo-German group finally managed to sign a deal for 12,000,000 Pound on Januar 1898.

This is an extraordinary archive that sheds much light on the individual national, and historical circumstances of financial dealings with China around the turn of the century.